Tales from the world of Bitcoin & Cryptocurrency

It is still about Bitcoin, not about "blockchain"

Earlier this week I stumbled upon a blog post, where Finnish self-credited "blockchain expert" made a claim that during the last year, term blockchain has passed bitcoin in google trends "clearly". I did not pay attention to this detail, until my co-worker pointed out the mistake. I was surprised to find out that if you use google trends yourself, you can see totally different story: 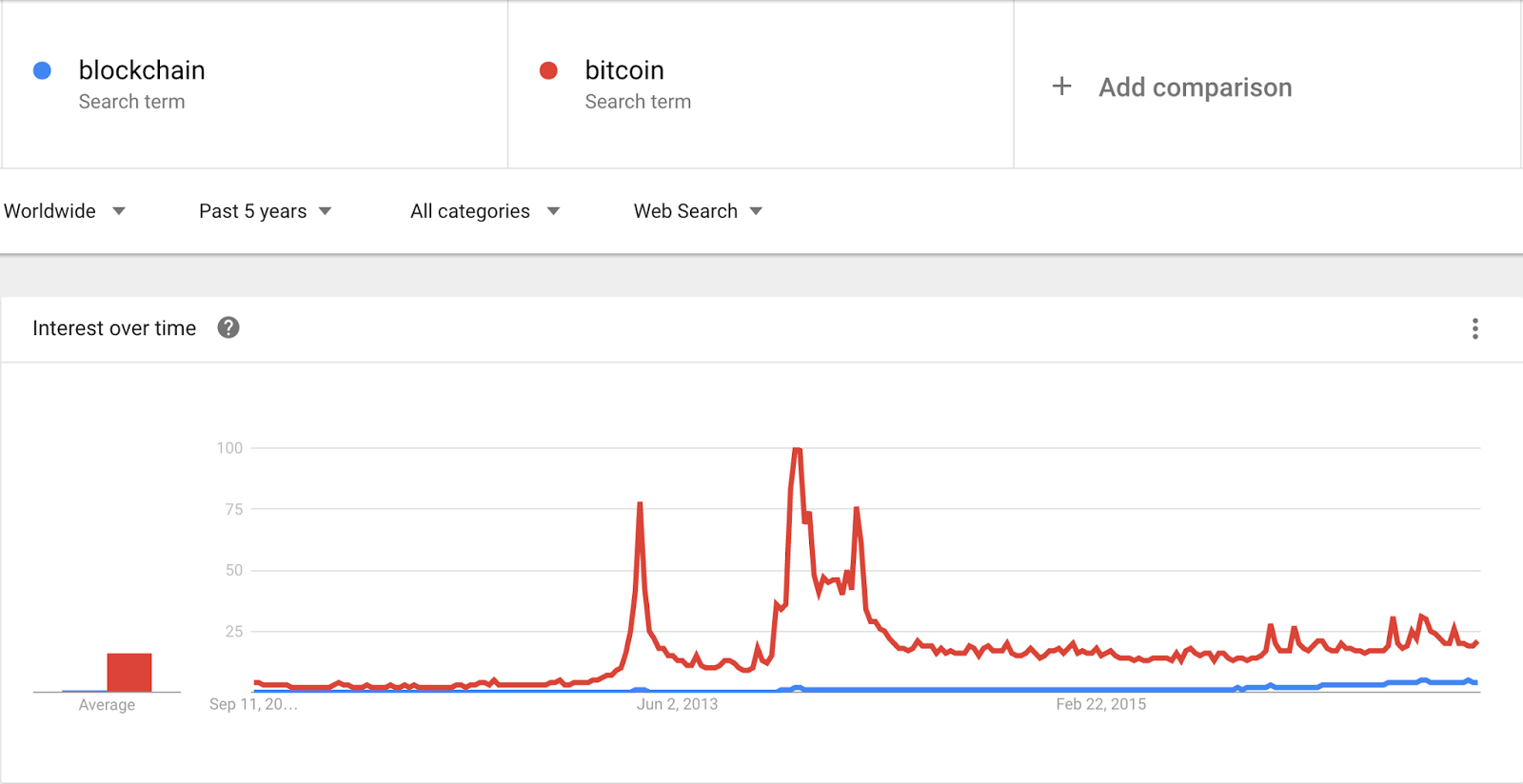 Show me the point where blockchain passes bitcoin in google trends. (https://www.google.com/trends/explore?q=blockchain,bitcoin)

I did not give too much thought about the issue at the time, since the guy was somebody I have never heard of, and I don't care too much about such details in general. I mean blockchain passes bitcoin in google trends, who cares?

Anyway, there was still this nagging voice in my head, that I have seen the something similar somewhere else as well. That happened to be true, since I had seen the following graph presented in the Helsinki blockchain conference couple of weeks ago*.

Edit 9th of September 2016: Some of the wording was edited, since as I discussed with the presenter, such claim, that blockchain has passed bitcoin is search amounts was never made. As pointed out by the presenter, the graph is trying to explain current hype moment of certain search terms, but he certainly understood that you can get the wrong impression from the slide out of context. 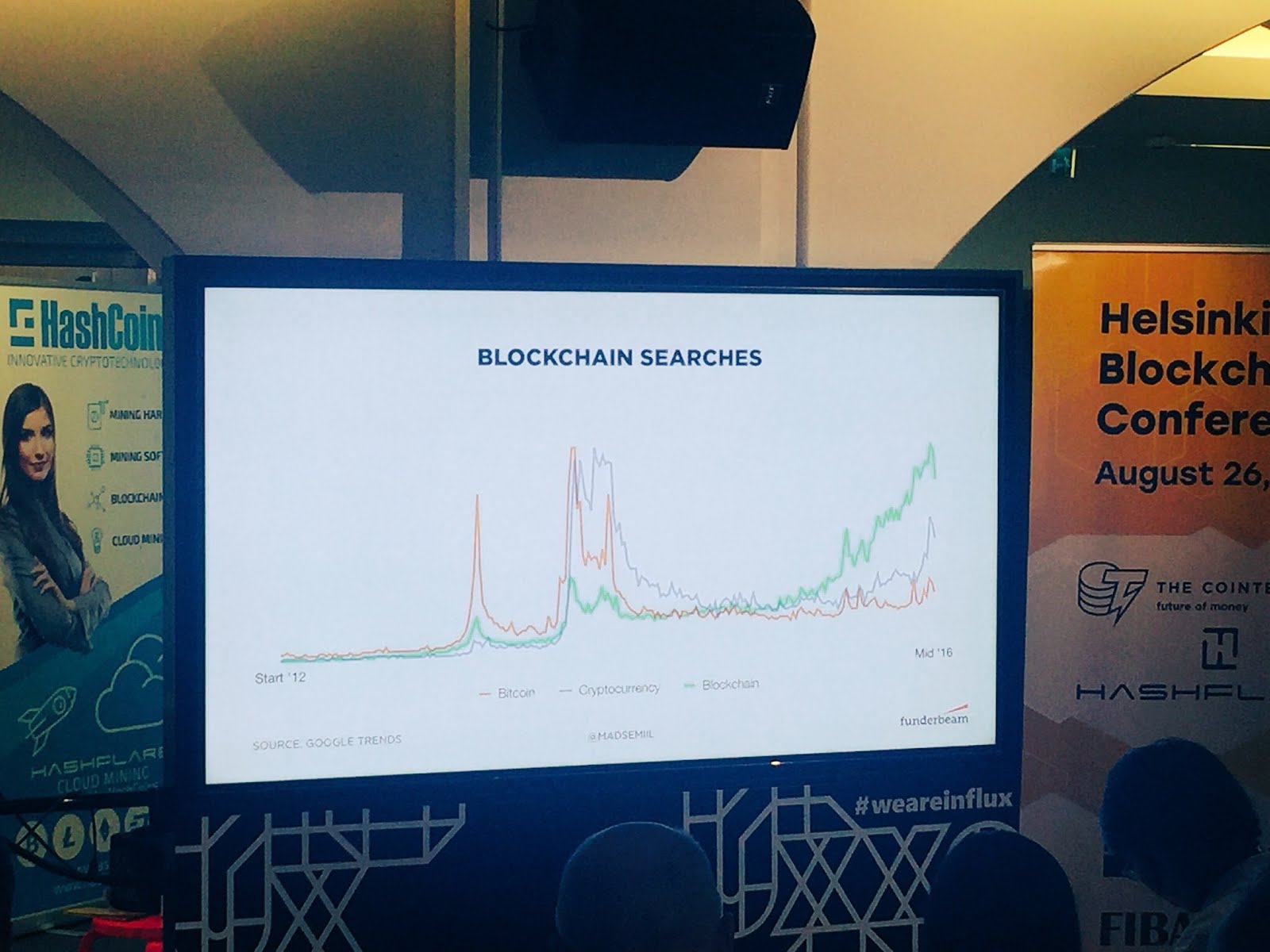 You see, bitcoin is going nowhere!

Perhaps you can make a sincere mistake with your slides you have created couple of hours before your pitch, but guess what? Same kind of graph can be found from CreditSuisse report as well.

Of course, you can see the difference here; they have made their own chart called "Google trend momentum", where you just search each trend individually, and add them up as one. I don't know how scientifically valid method this is, but I can totally understand if someone gets a wrong impression from these charts. If you are using Google trends as a reference, at least it would be somewhat fair to add the fact that bitcoin is still around five times more searched term than blockchain.

It is true that miracle word "blockhain" has been popping up more and more lately, and the graph shows that blockchain hype is growing, but this kind of graphs make you wonder if it is really based on any real life solutions, or is it just these "blockchain experts" who are making up the buzz.

The Credit Suisse research was pointed out by reddit user rachyandco 1 month ago.